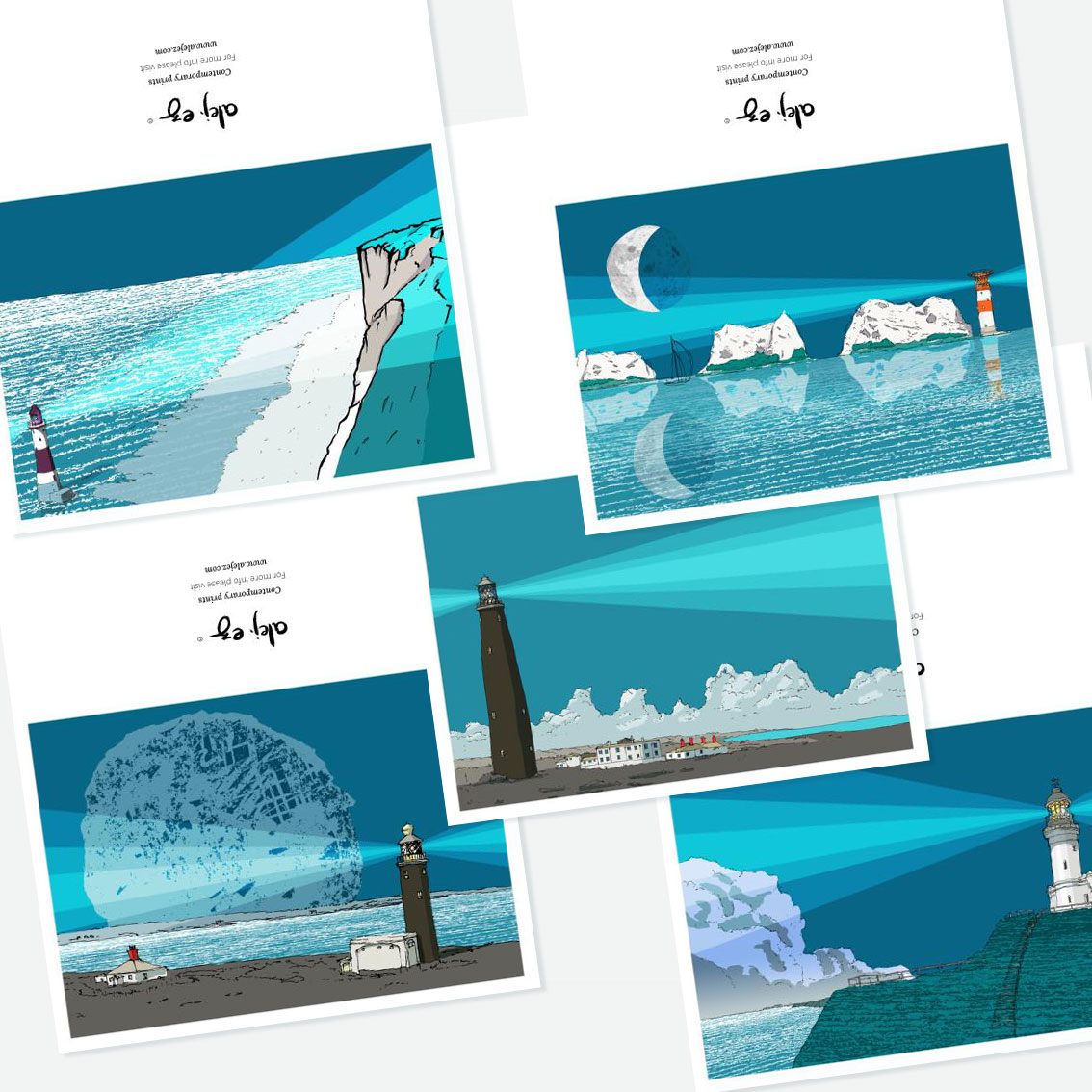 Set of 5 notecards with the theme of lighthouses. This set of five cards showcases lighthouses I have visited around the World. I am showing this buildings around big moons, shimmering ocean rollers and iridescent lighting blue beams. Among others you might be able to identify:

Dungeness Old lighthouse was opened with great ceremony by His Royal Majesty the Prince of Wales in 1904 after a 3 year build, it was decommission in 1960 as Dungeness nuclear power station made it obsolete and prompted the construction of the new lighthouse.

Beachy Head Lighthouse is located in the English Channel below Beachy Head in East Sussex. It is an off shore construction built in granite with charismatic painted red stripes.

The Needles Lighthouse is an active 19th century lighthouse on the outermost of the chalk rocks at The Needles on the Isle of Wight in the United Kingdom, near sea level. It was designed by James Walker  for Trinity House.

Hurst Point Lighthouse assist with the navigation between the Isle of Wight and the mainland. Built in 1867 to designs by James Douglass as a freestanding 26 metre tower.

Cape Byron Lighthouse in New South Wales, Australia was designed by Charles Harding and Cecil W. Darley and was constructed between 1899 and 1901 by Messrs Mitchell & King.

5” x 7” white cards and envelopes 250 grams. Blank inside for your personal message.

Please note that some of these cards show sections of my larger panoramas and larger prints that are available to purchase. These are signed limited edition prints on art paper using archival inks.