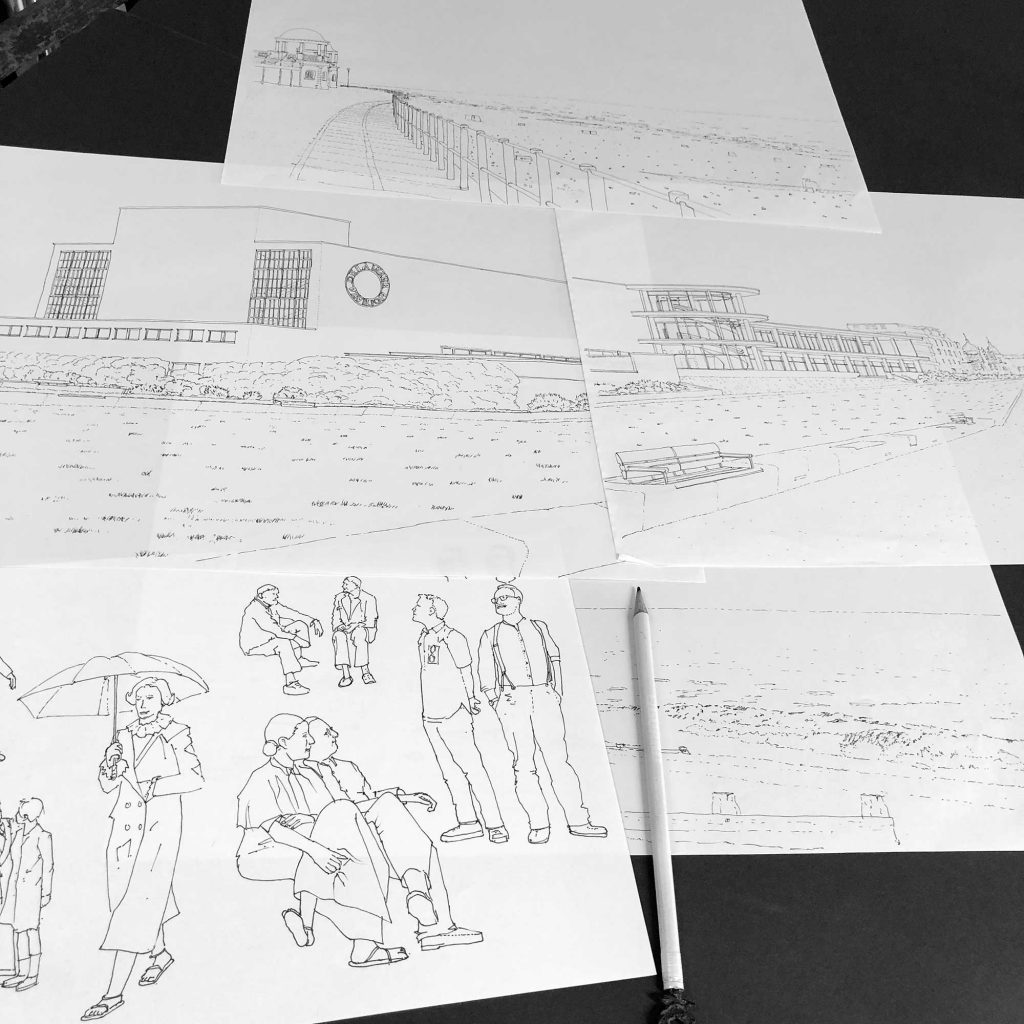 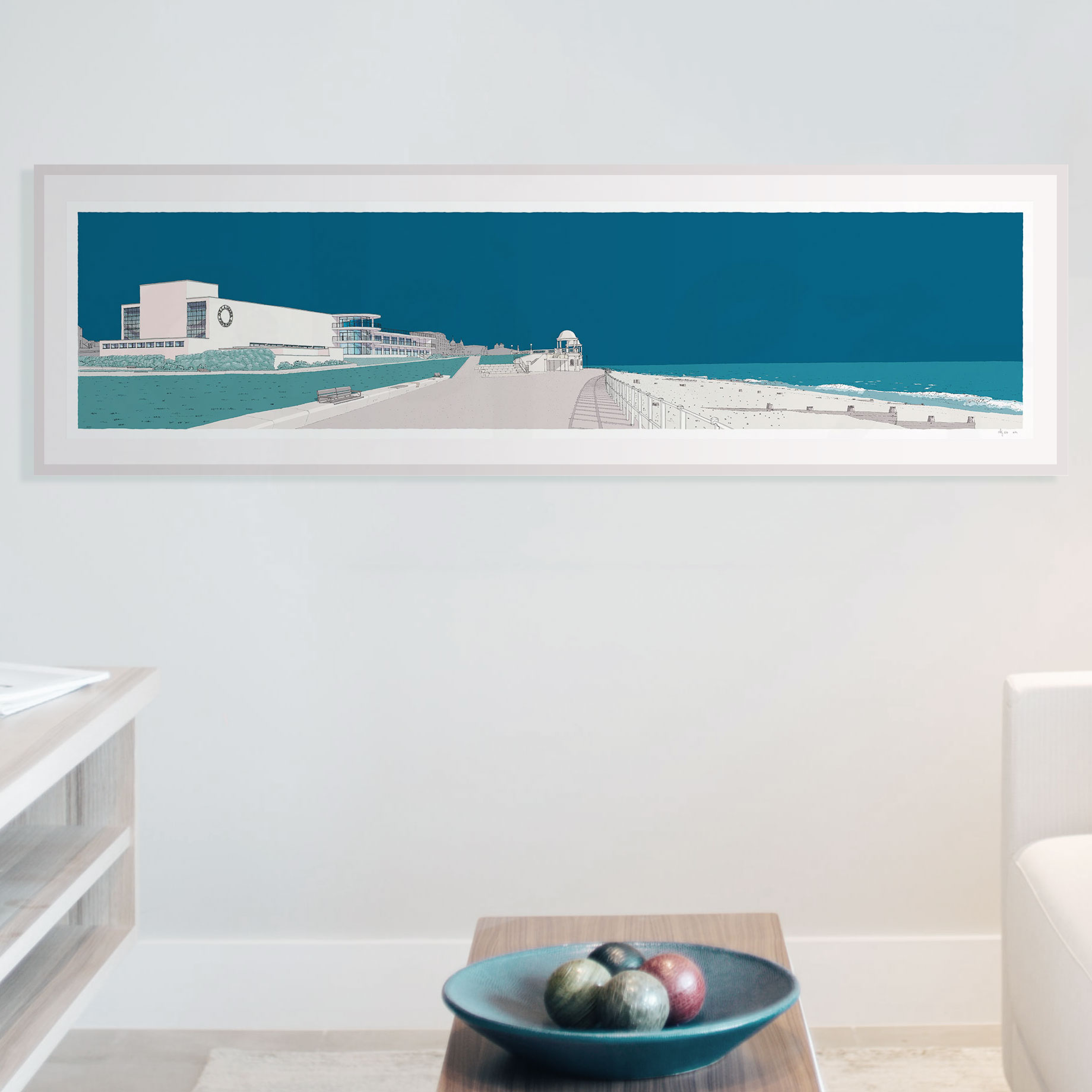 This print belongs to a tonal collection named ‘Ocean Blue’.  Namely this tonal collection reflects on the aquamarine colours of the sea. Imagine yourself on the Palace Pier in Brighton on a summer’s day. If you look down through the gaps of the wooden deck you can see the sea glistening . Then later lounge on a deck chair and watch the English Channel in Ocean Blue.