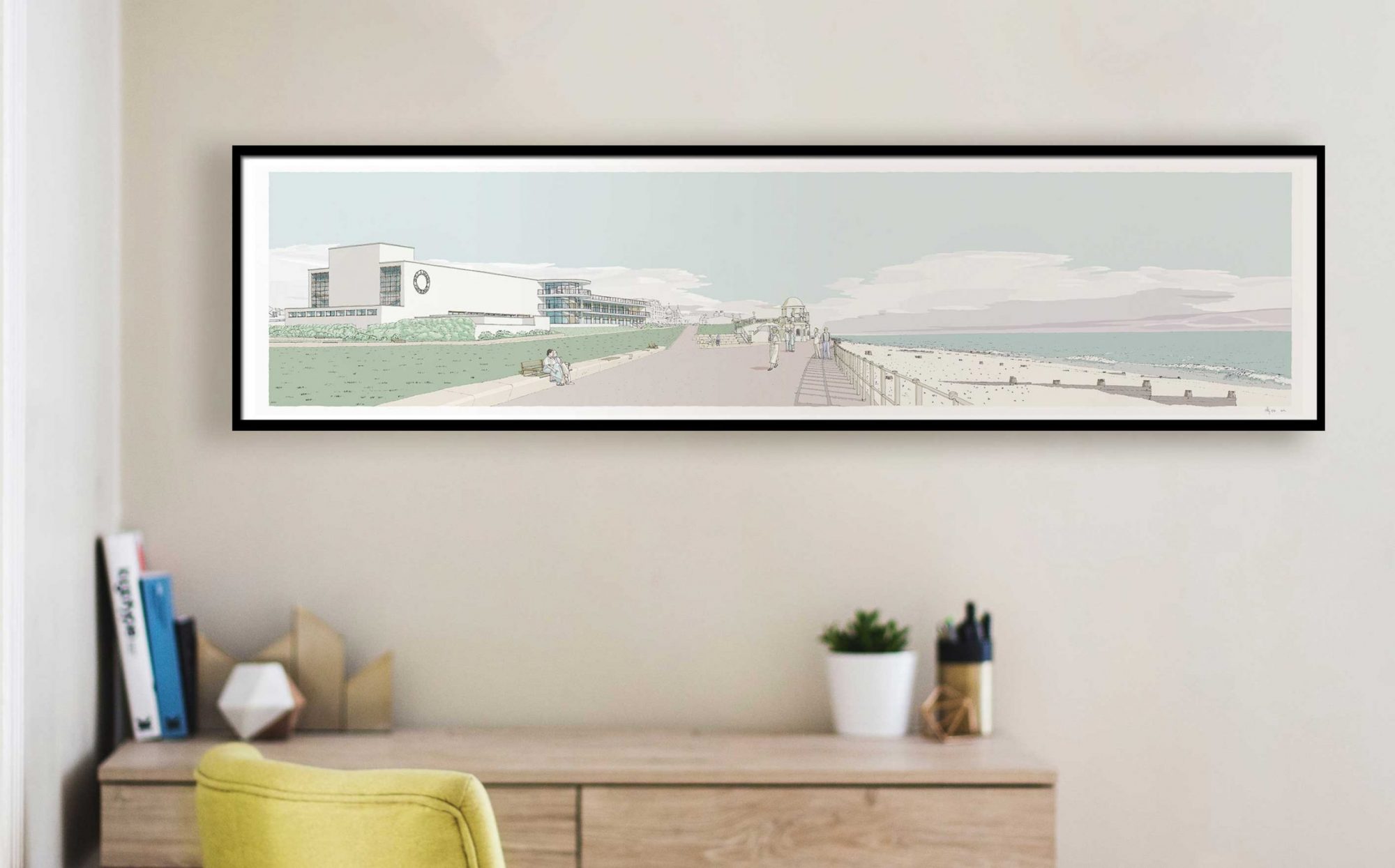 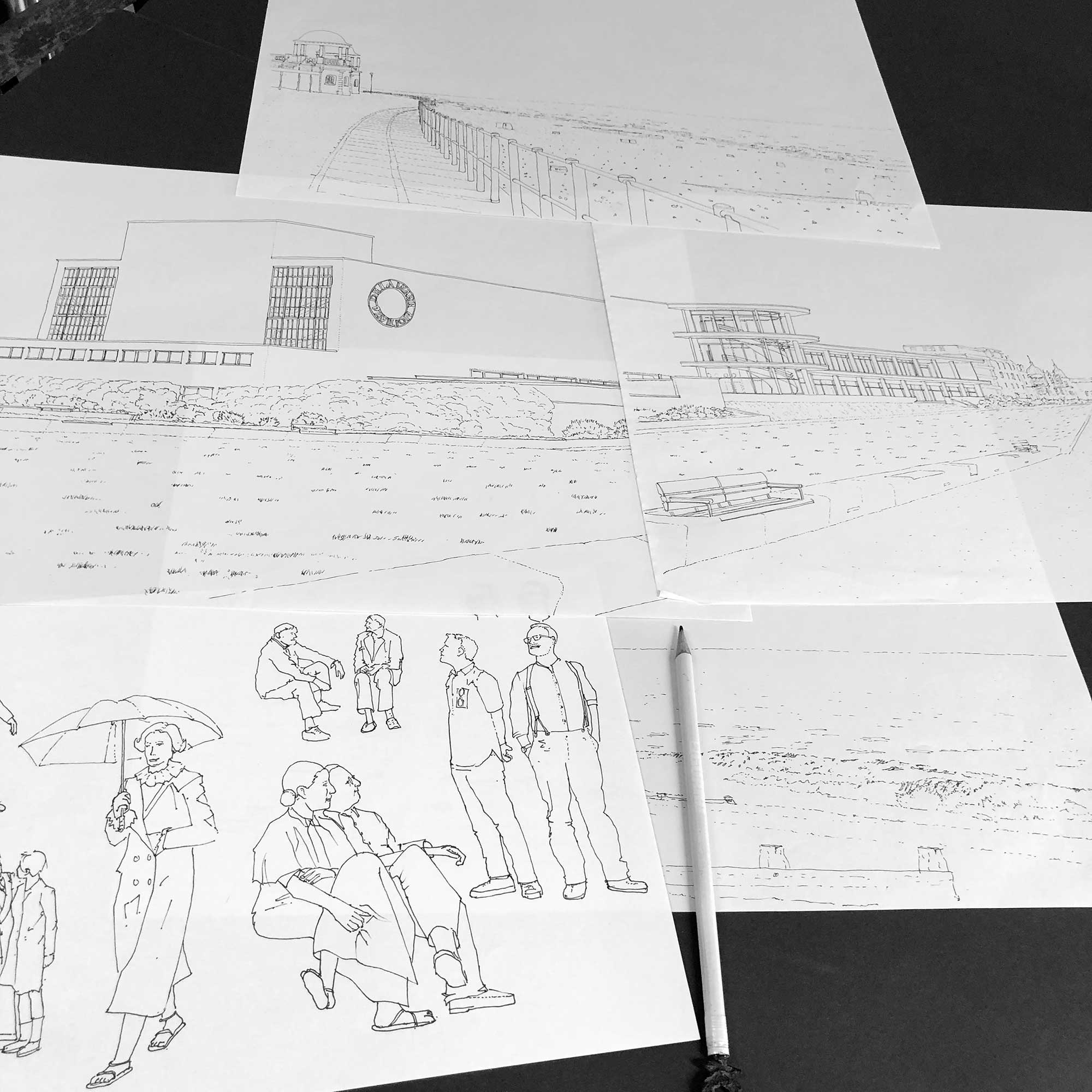 When I started drafting this print I thought that it would benefit from incorporating figures in the landscape. These help understand the scale and use of the building. Subsequently I decided to portray the architects Erich Mendelsohn and Serge Chermayeff  to homage then for the design of the Modernist De La Warr Pavilion.   On  the left seating on a bench are Erich Mendelsohn and his wife Louise Mendelsohn whilst in the stepped amphitheatre you can see the architect Serge Chermayeff with Marcel Breue.

Figures in the landscape

I have given a careful thought to the arrangement and composition of the figures in this print. For research and reference I have  looked at work from other artists with paintings of groups of people interacting with each other in a specific surround.

Artists such as Murillo that in his populated painting ‘Moisés haciendo brotar el agua de la roca de Horeb’ has all the figures near and far interact with each other.

Another contemporary artist’s piece I looked at is ‘Street Scene’ by Barnett Freedman, his piece shows a London scene full of people parading.

I run a life drawing class and love drawing the human figure. This said, the addition of clothed figures can easily date a scene.   In my print the clothing of the characters is somehow formal, somehow aiming to create an art piece of today with a hint of nostalgia. 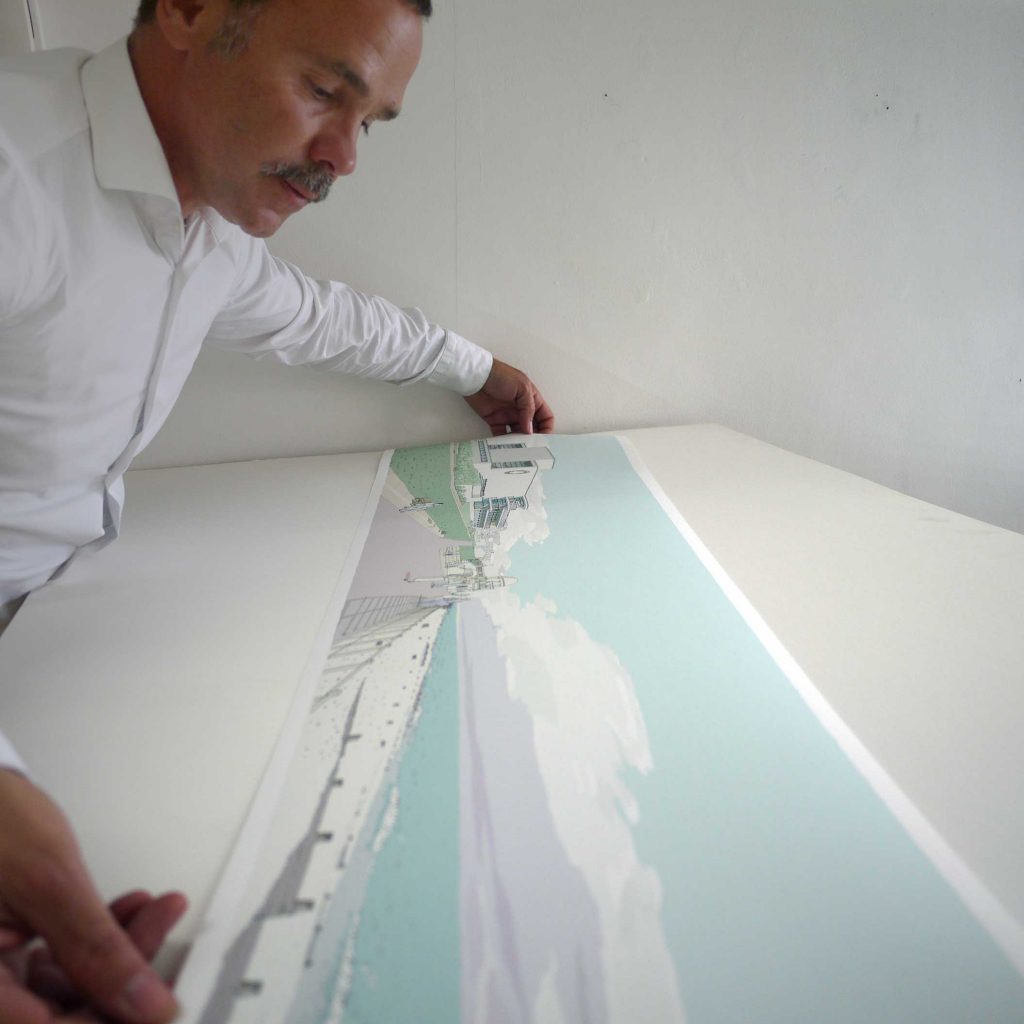 This print belongs to a tonal collection that I have named ‘Pebble Beach’.  The colour palette reflects on the variation of colours and tones of the pebbles found along the Sussex Coast. Some of the pebbles are flint, a hard grey rock found in the chalk cliffs. Through natural erosion, the cliffs release the flints . Slowly the rocks make their way through to form the pebble beaches.