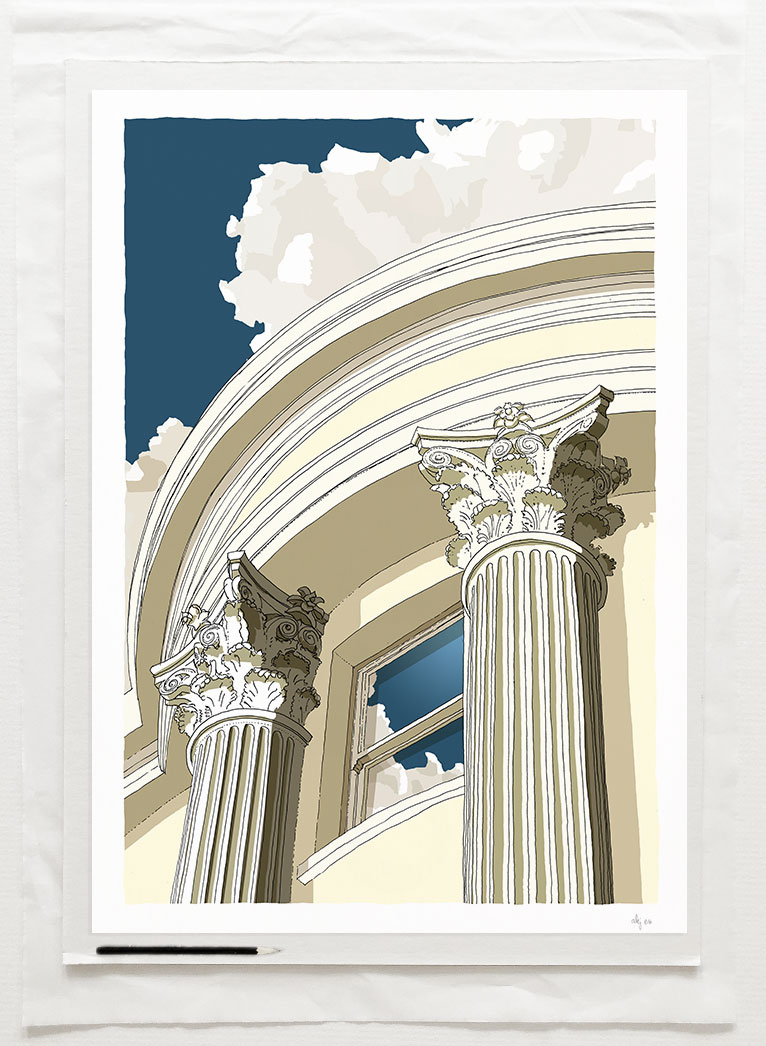 The Corinthian Order of Greek architecture

On the Corinthian entablature, the frieze was usually decorated with continual sculptural reliefs, where the figures were raised from the surface but not completely freestanding.