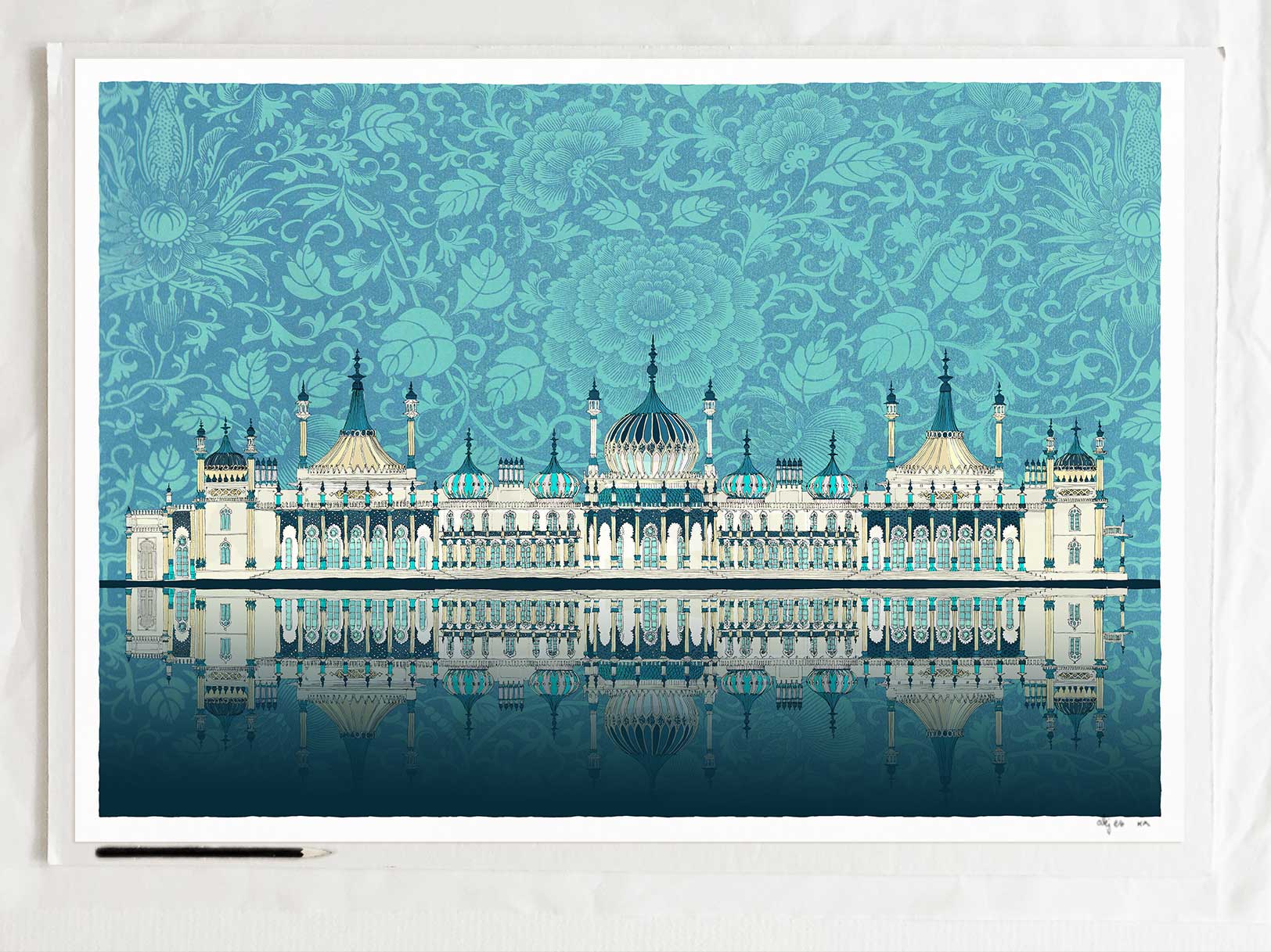 I created this print from my original ink drawings to which I apply colour digitally. Printed on fine art paper using archival inks, the prints are available in sizes A0,A1, A2, A3 or A4 as limited editions of 100 and each print is individually signed and numbered.

In Asian and Chinese culture the Chrysanthemum and the Lotus are used widely and have complex meanings:

Taoism is the second major religion practiced in China where the Chinese lotus flower has significance. Believers of this religion accept that the earth is reigned over by eight immortals. One of these immortals is Ho Hsien Ku. The symbol for this immortal being is an open lotus flower which symbolizes wisdom and openness. In Taoism, the lotus is used on artwork throughout the religion to symbolize beauty, life, and light.