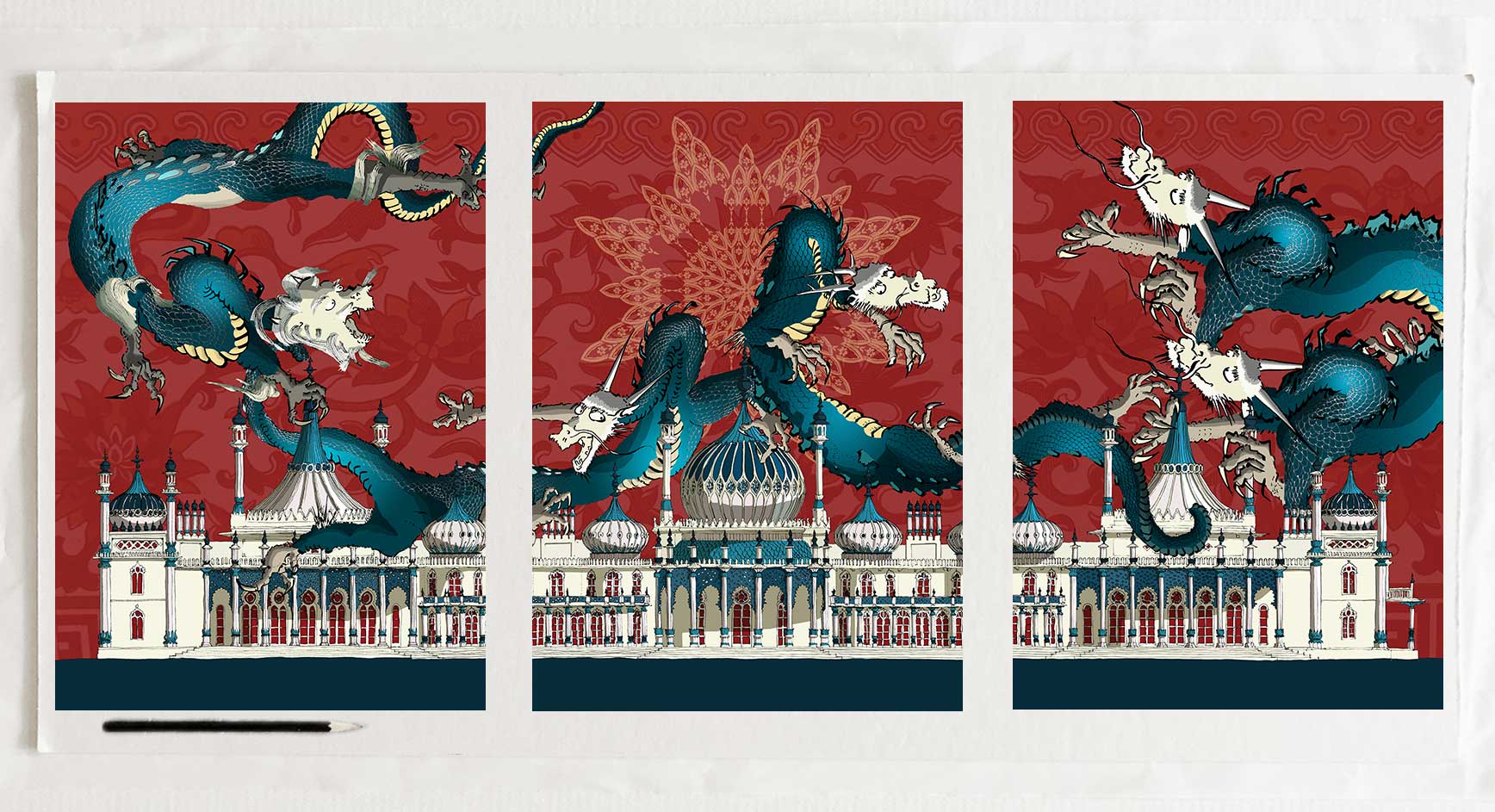 The title of this print Dragon artwork might imply that Dragons created this art piece. Quite possibly! These dragons, full of fun and mischief, pullulate this architectural West elevation of the Brighton Royal pavilion. The colour pallete of crimson and steel blue express fiery energy. The background uses Chinese Victorian and Regency motives.

This print was the result from a private commission by M. Samson. She contacted me to create a new dynamic piece with my dragons and the Brighton Pavilion. The result is a tryptic that can be either framed as one piece or as three art prints. This art print is available in the following formats:

To draw my dragons I have looked at Masterpieces of Chinese Paintings.

In 2013 I was fortunate to visit the iconic exhibition at the V&A in London ‘Masterpieces of Chinese Paintings 700-1900.’ This exhibition had some of the most remarkable examples of Chinese painting from 1200 years of tradition.

At this exhibition, the artwork ‘Nine Dragons’ struck me as an absolute wonder. It is a nearly nine metres paper roll with beautiful ink drawings of dragons created by an artist called Chen Rong in around 1244. It was lent to the V&A Museum by the Museum of Fine Arts in Boston.

‘Nine Dragons’ is considered the oldest and finest dragon scroll in South Asian Art. The design expresses these mythical creatures in different conjectures and attitudes amidst clouds, water and mountains and represents the dynamic forces of nature in Daoism.