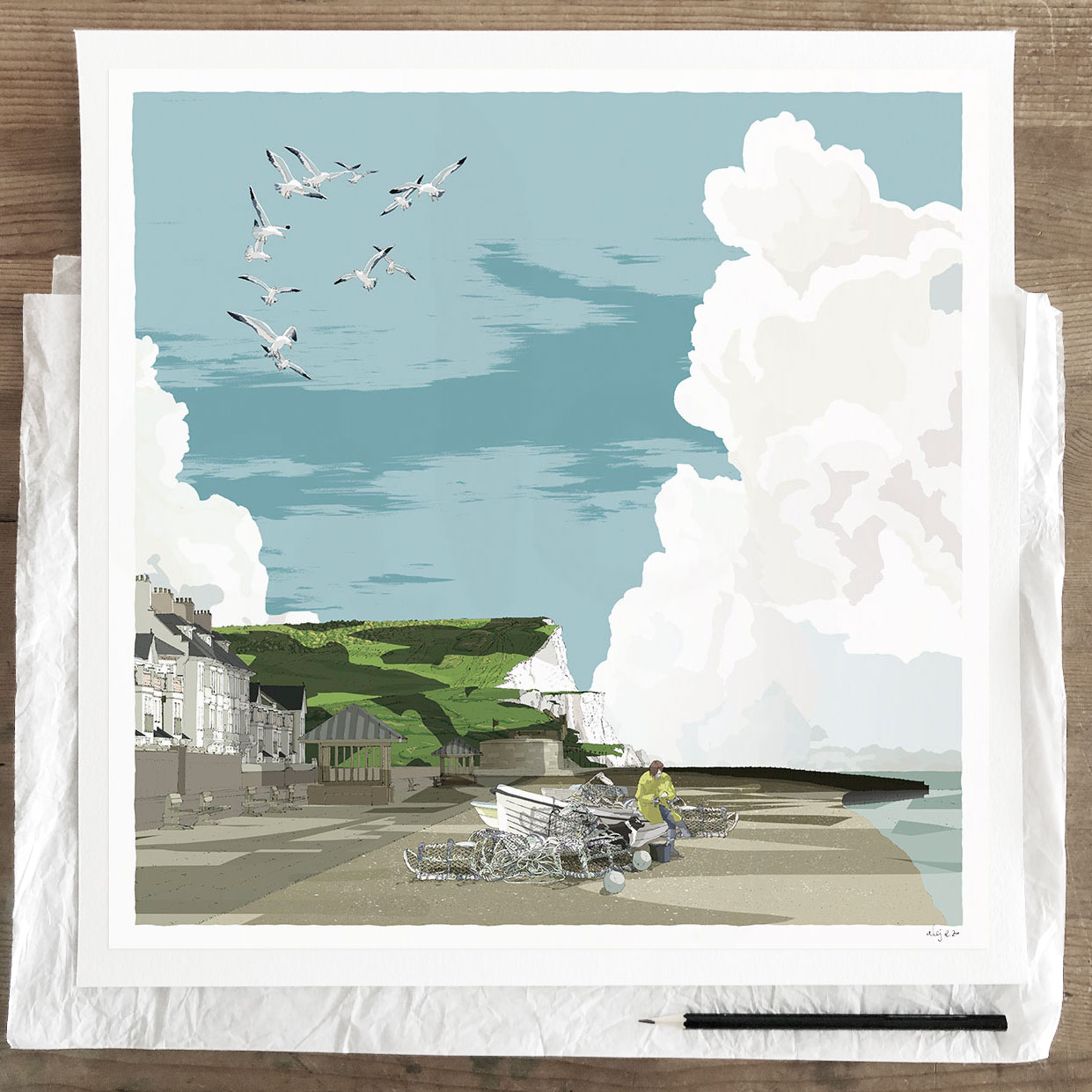 I created this print from my original ink drawing to which I apply colour digitally. Printed on fine art paper using archival inks. From a limited edition of 100. I individually sign and number each print. This print is available in the following formats:

Photograph of print base drawings. I make these formats with calligraphic brushes, fine-line markers, and other tools; ; in watercolour, ink and charcoal and  on separate sheets of A3 size marker paper. These are scanned and form the main line work and patterns in the final print.

Seaford is a coastal town in East Sussex, on the south coast of England.  Its history started in the Middle Ages and one of the main ports serving Southern England. But the changes in the coast line lead to its decline, and it was not until the 19th century with the arrival of the railway connecting the town to Lewes and London when it became a small seaside resort town.

At the eastern end of Seaford Esplanade stands the Martello Tower from 1810 that now houses the Seaford Museum.

These towers were part of defences built when Napoleon threatened to cross the English Channel  in 1803. A total of 103 towers were built from Aldeburgh in Suffolk around the coast to Eastbourne. They were based on the design of a tower on the island of Corsica noted by Admiral Jervis when he attempted to recapture it for loyalist islanders from French rebels the tower was on Mortella Point, so called because of myrtle bushes growing there. This name became corrupted by the British to Martello. This one in Seaford, the 74th on the south coast, was built as an after-thought, when it was realised there was not adequate defence for Newhaven and Tidemills.

This print is a homage to two artists that lived in Seaford and created a series of Japanese style woodcuts depicting the Seaford and its surrounds.  Friend and teacher to Eric Slater, Authur Rigden Read (1879-1955) was an internationally acclaimed woodcut artist who used colour to produce this art work from his studio in Winchelsea. He and Slater were both awarded gold medals by the Society of California Printmakers.

If you look close you will see that the person on the boat is a woman. I had the idea to portray a female when I read an article in the press about Laney Black, one of the co-founders of UK Women in Fisheries. In an industry where superstition among fishing crews has traditionally said that women on ships are bad luck

Now though, they are being urged to join Britain’s fishing fleet by the first UK organisation to emerge that is actively encouraging women to join the fishing industry. 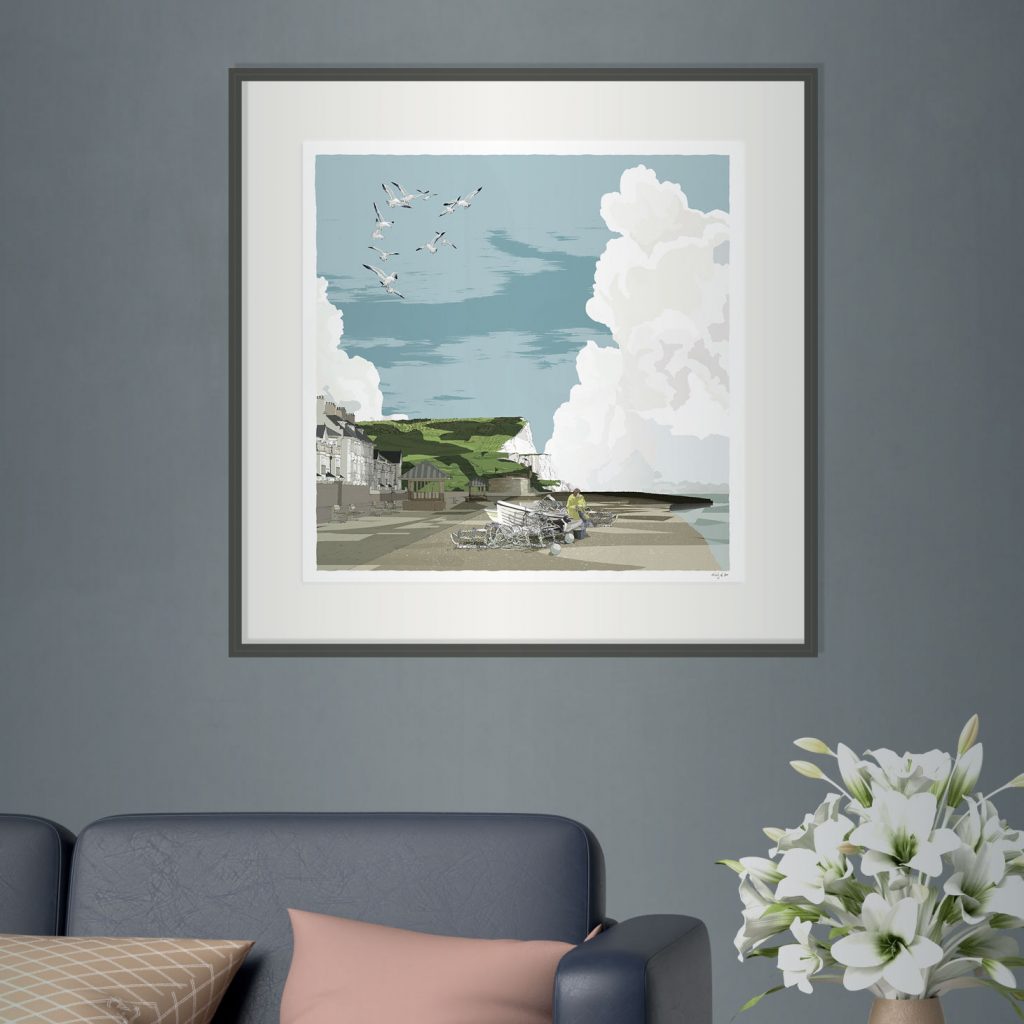