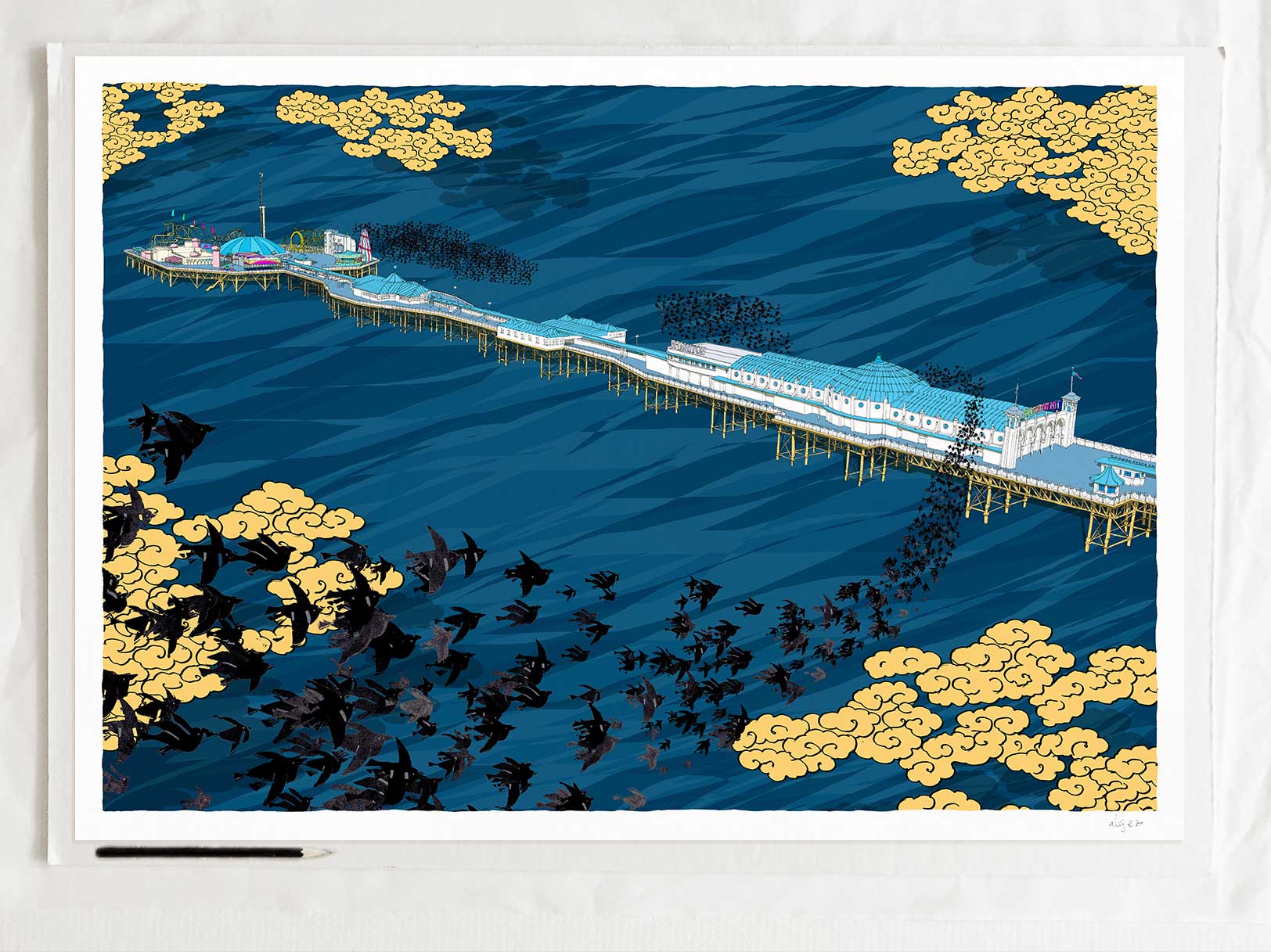 Brighton Palace Pier, commonly known as Brighton Pier or the Palace Pier opened its gates in 1899, it was the third pier to be constructed in Brighton after the Royal Suspension Chain Pier and the West Pier, and is now the only one still in operation. Every winter starlings come to roost under the deck of the Pier attracting lots of visitors and bird lovers.

This art print has a seaside theme. If you liked this print you can discover more Coastal Art prints in this link.

Starlings are small passerine birds in the family Sturnidae. The name “Sturnidae” comes from the Latin word for starling, sturnus. Starlings are native to Europe, Asia and Africa, as well as northern Australia and the islands of the tropical Pacific. The starling species familiar to most people in Europe and North America is the common starling, and throughout much of Asia and the Pacific, the common myna is indeed common.

Starlings have strong feet, their flight is strong and direct, and they are very gregarious. They eat insects and fruit. Several species live around human habitation and are effectively omnivores. Plumage of many species is typically dark with a metallic sheen. Most species nest in holes and lay blue or white eggs. Starlings have diverse and complex vocalizations, the birds can recognize particular individuals by their calls and are the subject of research into the evolution of human language.

Murmurations are huge groups of starlings that twist, turn, swoop and swirl across the sky in beautiful shape-shifting clouds.

Just before dusk, small groups of starlings from the same area come together above a communal roosting site. The group grows ever larger, moving in unison in an aerial dance that casts gorgeous shapes against the waning daylight. Scientists believe that murmurations offer safety in numbers; protection from predators like peregrine falcons that are attracted by the sheer number of birds. After all, it can’t be easy to single out just one starling from a whirling group of hundreds or even thousands! Experts still aren’t completely sure how each starling knows which way to turn without bumping into the others.