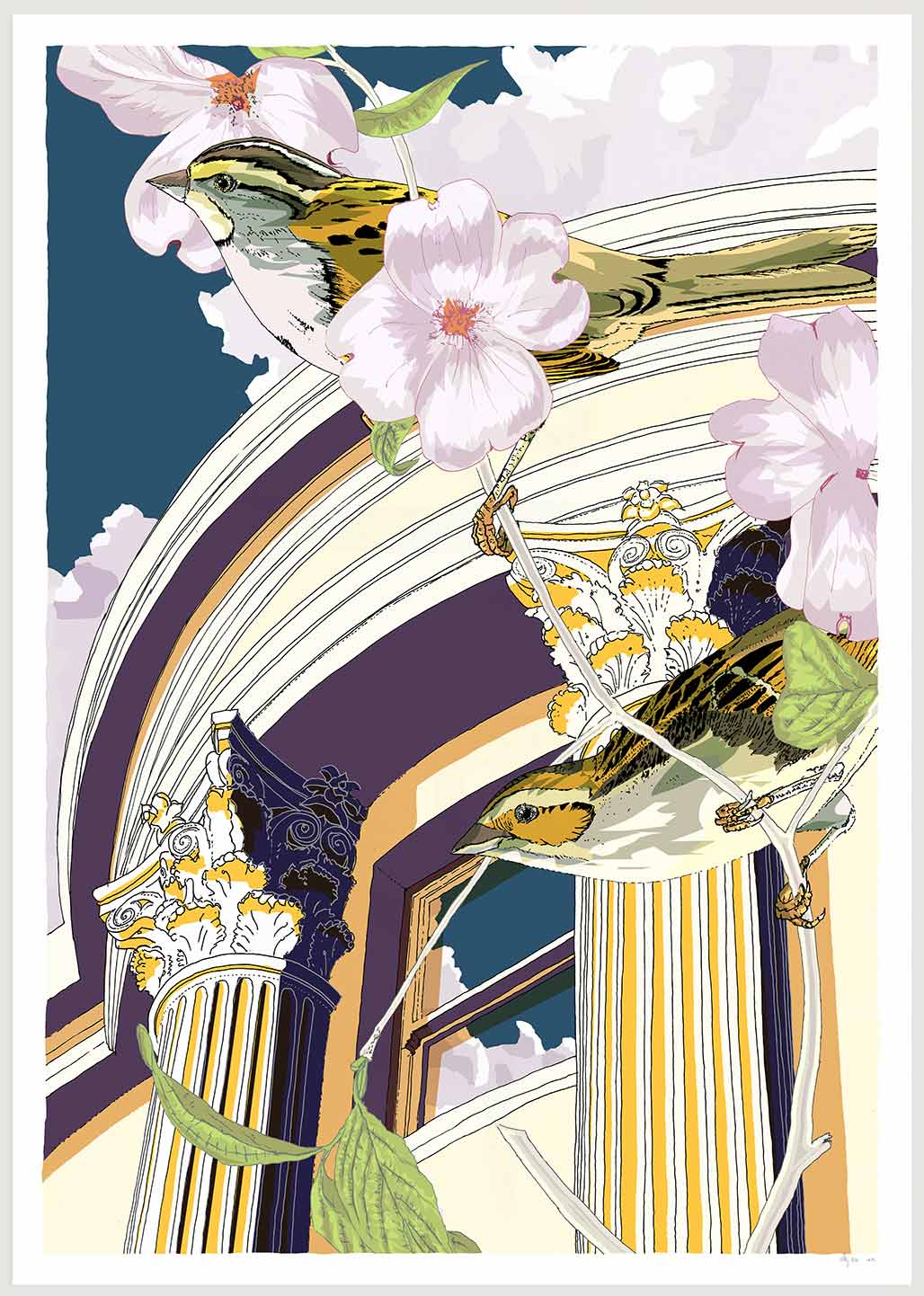 Two sparrows rest on a rose branch in front of the top floor of a terraced house in Brunswick Square in Brighton. Between a pair of fluted Corinthian columns with Acanthus leaves, a small sash window echoes histories from centuries ago out of sight behind curtains looking out to sea.

This print is close to my heart for many reasons. I live in Brunswick Square in Brighton, I am an architect, I love classic architecture. I grew up near roman ruins of Baelo Claudia, Italica and my playground was the Roman Museum in Seville. I love the humble noisy sparrows, often seen in Brunswick noisy as bells. A flock of sparrows can be called very descriptively a knot, flutter, host, quarrel, or crew.
I love early 19th century natural illustration where plants, animals and architectural elements are bind together to create compositions. An early rose is also shown in this print. Roses full of symbolism and beauty.

In January 2021, in a second-hand bookshop I found the second volume of a lavish 1966 publication that reproduced the famous original watercolour paintings by John James Audubon for ‘Birds of America’. I was surprised to realise that to complete one of his designs could take years and often various artists would be involved. Audubon would create the main image and other artists would do the plants and another would add the landscape. With this mindset I have created a collection of prints that follow this system and create a scene that collages a landscape or habitat with its characteristic plants and birds. The results are a print that echoes a theatre stage design where each subject is depicted at its best in unison.

The Corinthian Order of Greek architecture

On the Corinthian entablature, the frieze was usually decorated with continual sculptural reliefs, where the figures were raised from the surface but not completely freestanding.